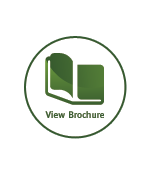 Confident We Could Do Better
For a number of years, the founders of Heartland had worked together in the RV industry for other manufacturers. During those years, we developed camaraderie and discovered each of us had a different, yet complimentary, area of expertise. Amongst ourselves, we had the head of engineering, head of sales and a head of marketing and advertising. After more than a decade of working together, we discovered a shared confidence that we could build, market and sell recreational vehicles as well or better than many of the companies that we had experienced first hand.

Start At The Top
In the Fall of 2003, we got serious about redefining RV manufacturing. Partnering with Brian Brady, former President and partner at Damon Corporation, allowed the genesis of Heartland Recreational Vehicles. After a tremendous effort in market research and product studies, it was decided that Heartland's first product would be a high end 5th wheel. This was unique and revolutionary, because most RV manufacturers seem to have started at the bottom of the towable ladder and worked their way up in price point. Heartland debuted at the top of the towable market with the release of our first product line.  This distinctive product, loaded with exclusive features, paired with our exceptional approach to the RV business, rocketed Heartland to the top of the industry.

In what has become industry leading, the incorporation of our Patented improved turning radius design, Heartland offered a 5th wheel that could be easily towed by the popular short-bed, extended-cab truck. This was ground-breaking, because while these trucks were very popular (allowing the owner to park in the garage or at any restaurant), the truck design resulted in significant problems when cornering with a 5th wheel attached to them.

People pulling fifth wheels with these types of short-bed trucks were often hitting the cab of the truck against the corner of the fiberglass front cap - resulting in expensive damage to both. An after-market expensive "slider hitch", which could be engaged when turning corners, was introduced but it was, in practice, both too costly and difficult to use. The new Landmark 5th wheel immediately began to draw a lot of positive attention with its forward-thinking front design which eliminated the need for expensive slider hitches on short-bed, extended-cab trucks.

Until Heartland transformed the design, the pull handles often were located under slide outs or in other hard-to-access points on the coach and hookups were spread out all over the outside. The incorporation of the UDC brought a popular motorized selling feature to the towable market. The concept for a centralized docking center had previously been offered only on expensive motorhomes.

Heartland resolved that every RV owner deserved the best of available features. As part of our sweeping reformulation in the design of our new fifth wheel, we were able to design each of the coach's systems to terminate in one centralized area. This feature has been often stated as the number one reason why customers chose Heartland products. The customers reported really appreciating our attention to detail and our responsiveness to what the consumers where asking for when we designed our 5th wheel.

Heartland has become known for our large, drop-frame exterior storage compartment that is completely free of plumbing and/or heating tubes and runs.

Completely unobstructed storage of this size  is still unique to the industry today.

Go With The Best
Steadfast in our resolve to build a better RV, we put rubber flooring in our large exterior storage compartment instead of the traditional gray felt. This provided a slip-resistant surface for more secure cargo and assured that spills could be easily cleaned (without leaving stains). Inside the Landmark, we decided to go with the best of everything we could find. We used real Armstrong flooring (not the knockoff); real Corian countertops (not a knockoff or fiberglass); real maple hardwoods (no veneers or vinyl wraps); sturdy, one-piece furniture (vs. the traditional RV two piece design); steel ball bearing drawer guides (not the cheap plastic); a one piece fiberglass shower with monogrammed glass door (vs. a multi-piece plastic design); we offered king beds in our bedroom slide outs (vs. queen); we designed a unique front wardrobe with custom cabinetry and built-in storage unlike anything that had ever been seen in a fifth wheel; we featured a soft touch vinyl ceiling (instead of a hard board); and we took our time choosing quality lighting and plumbing fixtures; we designed a front closet to not only hold jackets and vacuums, but to hide away the coaches system controls which are typically out in the open on the wall. These and many more unique features made the first Heartland 5th wheel design stand out from the crowd.

Imitation- You Know You're Doing Something Right
Within a few short months of our debut, major towable manufacturers were already doing their best to copy Heartland innovations. When the biggest companies in the business are trying to copy your designs, you know you must be doing something right!